If you buy books linked on our site, The Times may earn a commission from Bookshop.org, whose fees support independent bookstores.

When Paul Harding’s novel “Tinkers” won the Pulitzer Prize for fiction in 2010, it was a pleasant surprise on a variety of fronts. It was a debut book from a tiny nonprofit publisher funded by a hospital, and though Harding possessed a key element of the literary prizewinner’s pedigree — an MFA from the Iowa Writers’ Workshop — the novel was sui generis and, frankly, weird. Its tale of the dying days of a New England clockmaker was knotty and morbid, but in a memorably lyrical, gentle way.

Whatever benefits have accrued to Harding since he won the Pulitzer, a following hasn’t been one of them. He’s inspired no school of American writers determined to spin melancholy, prose-poem-y fiction set in snowy New England. Still, Harding persisted, following up “Tinkers” with a well-turned, more conventional novel about a grieving father, 2013’s “Enon.” But with his third novel, “This Other Eden,” some of the limitations of his approach are becoming obvious.

“Eden” is based on a true and grimly compelling story. In 1912, nearly 50 residents were forcibly expelled from Malaga Island, a one-square-mile speck of land off Maine that was home to a fishing community of African American and Irish settlers. Stories of intermarriage, combined with old-fashioned racism and land-grab profiteering, prompted the state to evict the residents and send many of them to institutions. (In 2010, the Legislature issued a formal apology for its actions; the island is now uninhabited, managed by a nonprofit trust.)

How 2022 became the year of the fragmented-identity novel

It’s been a broken, chaotic year in life and in fiction. Authors such as Hernan Diaz and Namwali Serpell broke their novels and heroes into pieces.

Harding’s spin on the Malaga Island tragedy, as the title suggests, is to bestow his characters with the gravitas of a Bible story. Two original settlers, Benjamin and Patience, plant an apple orchard on the land, and their family weathers a storm fit for an ark: “The whole soaked clan clung together and to the trunk in a trembling, grasping cluster at the top of that swaying, bending, mighty old tree snapping back and forth in the wind like a whip.”

By 1911, and the heart of the story, their great-granddaughter Esther is the island’s matriarch, mindfully watching her family — including the son she had after her father raped her — and an eclectic cast of neighbors. A male shop owner greets customers in his mother’s gingham dress. An elder named Zachary Hand to God Proverbs carves visualizations of Bible verses inside the hollow oak where he lives; another young girl, Rabbit, attends what passes for a school only long enough to gnaw on sticks of chalk and drink from the inkwell. A white outsider, Matthew Diamond, runs the school and delivers supplies but only half-heartedly supports his charges.

Or, more pointedly, he supports only the children who demonstrate conventional Western intelligence and capacity to assimilate. Chief among these is Esther’s grandson Ethan, a talented artist. But Esther, framed by Harding as a prophet, sees only menace and doom behind Matthew’s good intentions: “At the news there’d be a school and this Mr. Diamond would be with them every day during summers, she’d been certain there would not be a soul left on the island within five years.” 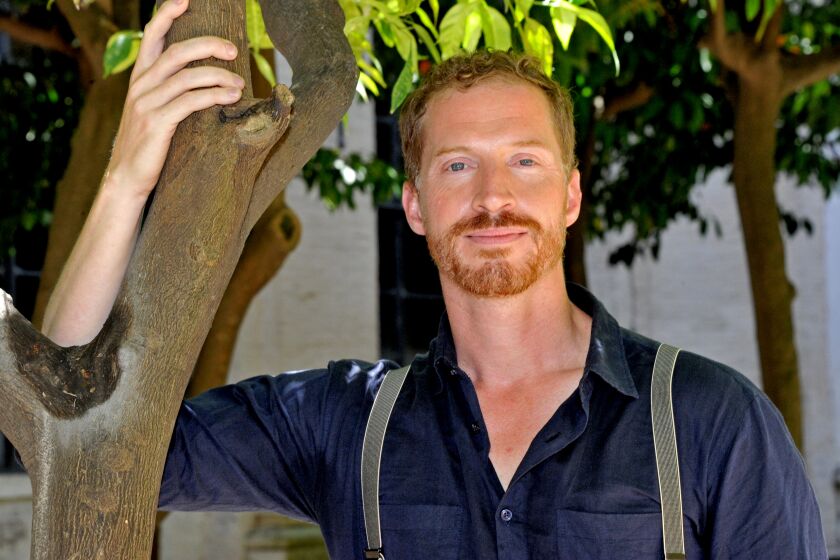 ‘Less Is Lost’ is a sequel to Andrew Sean Greer’s Pulitzer Prize-winning novel, He describes the road trip that inspired it — and the joys of travel.

“This Other Eden” is a short novel, but it’s encumbered with all the symbolic import Harding strives to apply to it. At times, the book’s language is charming in its elegance. Too often, though, it’s fussed over, as if every syllable were held up with a jeweler’s loupe and assessed for shine and heft. Overworked run-on sentences scamper across the pages: “this girl from over the ocean, so lovely, so kind to him, this dream, this strange dream, this huge, addled dream of a kingdom so far from Apple Island.” Attempting to enter the mind of the chalk-gobbling girl, Harding makes an aggressive shift into Faulkner mode: “Wish chalk tasted like white snaps when I bit white sticks or unhappy man clicks white sticks on black wall and makes white bugs and white chalk clicks…”

All manner of lilies are gilded, for all manner of purposes. Apparently inspired by a 1909 Harper’s Magazine article that described the Malagans as “Queer Folk of the Maine Coast,” Harding has Zachary riff on the word: “I’m queer for all the little queer creatures in the tide pools. I’m queer for the light when it breaks the horizon and queer for it when it sinks behind the trees.” It’s a brutalizing pile-on of rhetorical gambits — an anachronistic use of “queer” to stress the state’s bigotry, a redundant assertion of residents’ pride in their misfit status, a satire of the magazine story, a rhythm yanked straight from the pulpit.

This is all unfortunate, because it clouds the story’s inherent dramas: patricide, assault, forced eviction, flooding, racism, pseudoscience. Underneath the fog of “This Other Eden” is a sensitive rendering of Ethan’s coming of age, and the prose is as painterly as the art Ethan is making. But because Harding wishes to make Ethan part of a larger mythos, his character stiffens into the stuff of sermon or lecture. 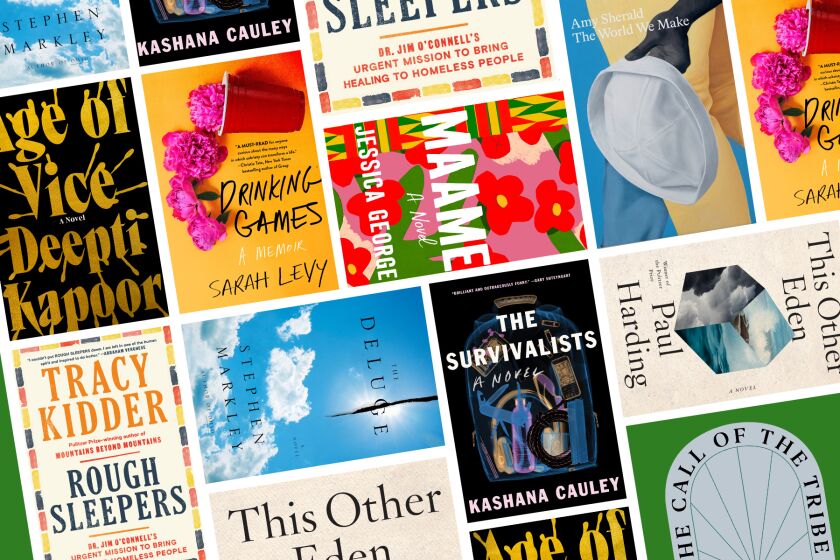 10 books to add to your reading list in January

Bethanne Patrick’s picks for January 2023 include an Indian gangster tale, a dystopian epic and musings from Amy Sherald and Mario Vargas Llosa.

Though Harding isn’t at the center of a particular literary movement, he does have a group of compatriots, hyperprecise wordsmiths who demand slow reading: Think of Toni Morrison, Ocean Vuong, and, most prominently, Harding’s mentor Marilynne Robinson — all brilliant at giving intimate stories an emotionally epic scope.

Harding has been knocking loudly on the door of that pantheon, and there’s no reason why he might not eventually be invited inside; his focus on rural American life and outsiders, meshed with a unique lyricism, is welcome and rare. But the hyperprecisionist’s dilemma has always been sorting out how to blaze a new path linguistically within the confines of the domestic novel. Moving forward demands more than a pastiche of recycled rhetoric and ancient symbolism.

Athitakis is a writer in Phoenix and author of “The New Midwest.”

Growing up in Houston, Larry Jackson was intrigued by the business news. After earning a Bachelor of Journalism at the University of Missouri-Columbia, he began his career as